The goal of the project at this moment is to use a cape that gives the BeagleBone usage of 32 PWM ports and to attach servo motors to it. The servo motors will then drive a mechanism that will ring bells of sorts. We have successfully used the PWM cape to drive a servo to a specified position using a shell script. We used a JavaScript program to output I2C messages to the cape to control the servos. The servos are connected to a mechanism with two bells, and when the servo rotates the bells ring. The bells do not require a great amount of movement to ring, but need to be oriented correctly to get the best sound, so the program only moves the servo about 15 degrees away from the center in either direction. For various reasons, we ported our software to C. At this point the C program can control the servers simultaneously, but we believe that we are hitting the transfer rate limit of I2C because we have to send four commands for each movement of each servo, and we send these four commands to each servo every 15 ms.

Two diffrent types of servos were used. These were used with simmilar results.

The following quantaties of fasterners were used as well. All were obtained from McMaster-Carr

The bells used are bells provided to us by Dr. Yoder, originating from Hobby Lobby.

To build the Servo Mount, pieces were cut out from acrylic sheets. The links lead to DXF files. To download, rightclick and click save link as.

To build the Mounting Racks, pieces were cut out from acrylic sheets. The links lead to DXF files. To download, rightclick and click save link as.

A BeagleBone is the bread and butter of the project, driving the entire effort. In case you dont have one, you can get one here!

To drive all these the following cape was used:

The electrical circuitry for the detector was made a few components. Additional components may be needed if you don't want to make permanent additions to the cape.

Each detector comprises of: 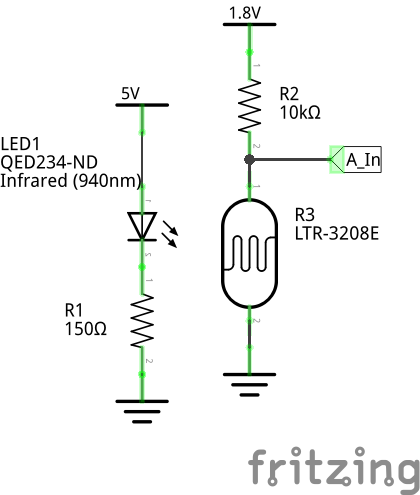 We also created an expansion board to allow us to access the GPIO ports that would otherwise be covered by the PWM cape. It brings the I2C and enable signals to the cape and leaves the rest of the headers on the BBB open. 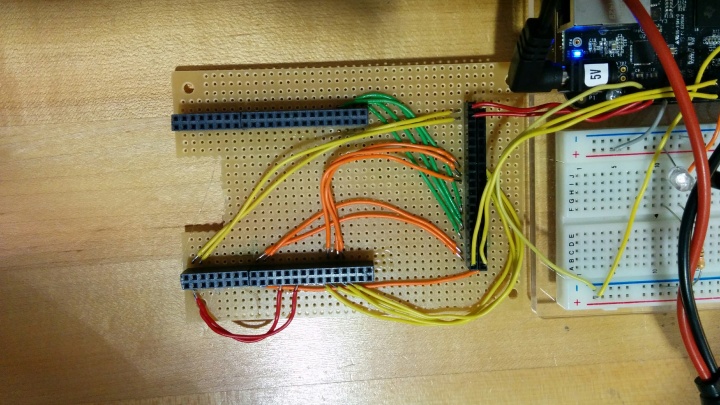 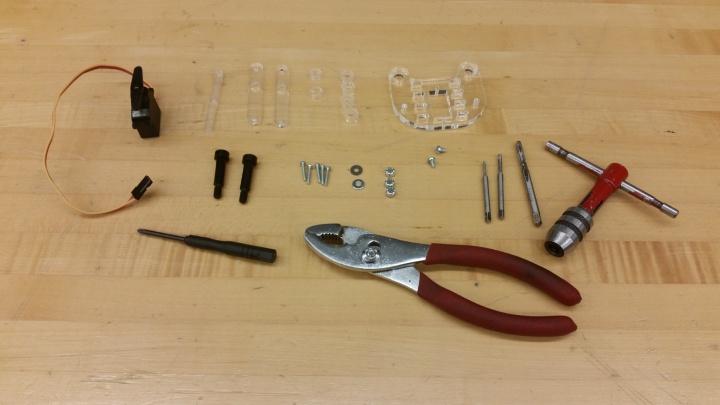 2. First thing first, you need to tap the right holes. The two large holes on the Base are 10-24, the holes above and below the hole for the servo to sit in on the Base are 2-56. The hole further from the large hole on the Bell_Twist need to be tapped to 4-40. Also, depending on your horn (the thing that spins on the servo motor), you may need to widen the holes present there. 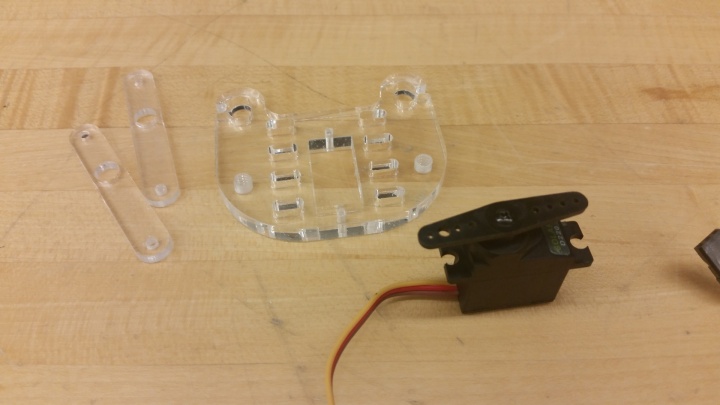 3. Ensure that the horn is vertical when the servo is at 90 degreees. After that, attach the servo, the two Bell_Twists, and the Servo_Connection to each other with the 2-56 screws and nuts as seen in the picture below. The screw and nut should hold the peices firmly together, but still allow for easy pivoting. 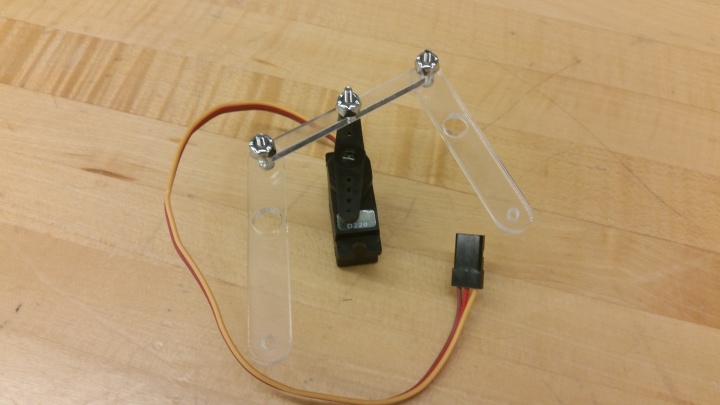 4. Next is to add the shoulder screw and spacers. The order which the peices should be on the screw, from the head of the screw, is the 0.125 in Spacer, the Bell_Twist, and then two 0.25 in Spacers. 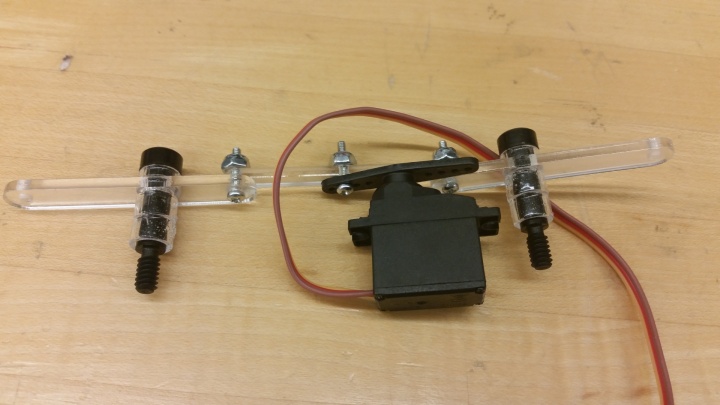 5. Now comes the time to attach the servo assembly to the Base. Simply slide it in and screw in the two shoulder screws into the Base. Follow that up with adding two 2-56 screws with washers, to hold the servo down firmly. 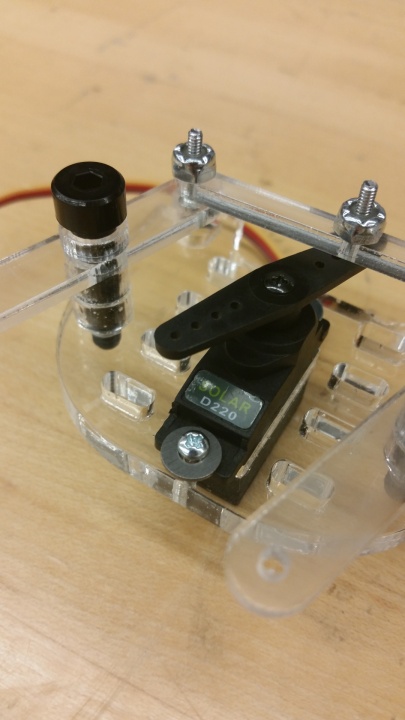 6. The bells you select may need some prep work. The ones we recieved had tinsle and little cards on them. This needs to be removed so you only have bells. 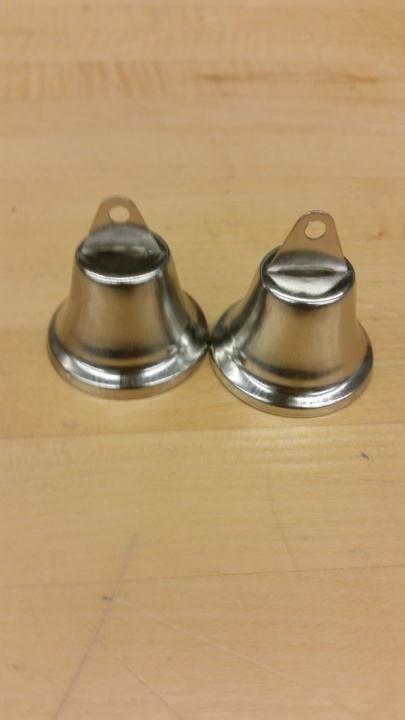 7. The final step is to attach the bells to the bell-less servo mount. Use the two 4-40 screws to do so. 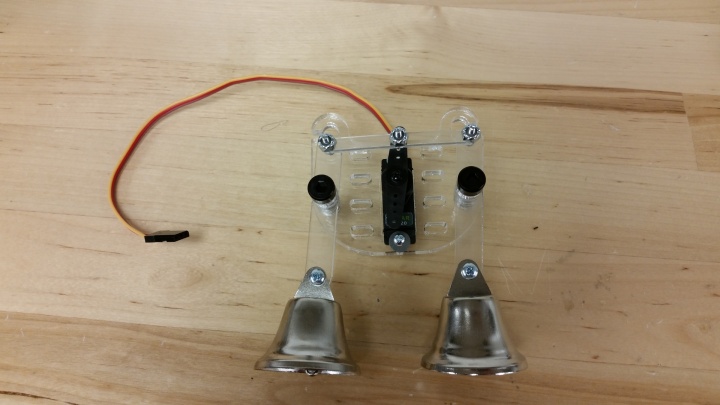 1. Collect all the materials and tools you will use. In terms of tools, you will need a 2-56 tapas well as probably a screwdriver to attach the screws. 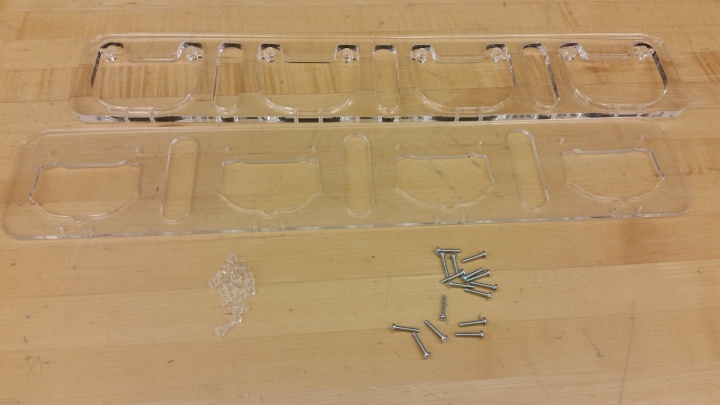 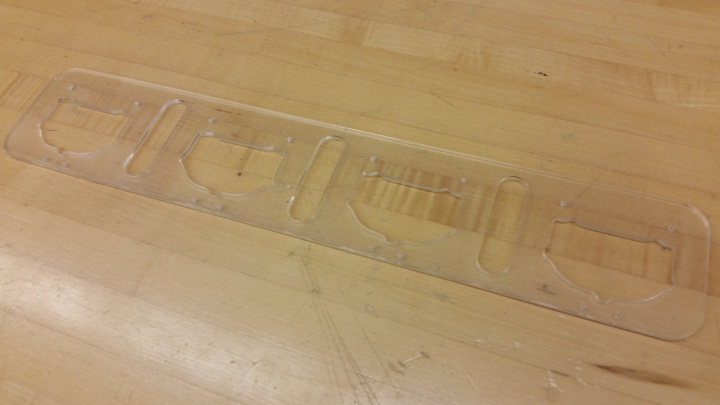 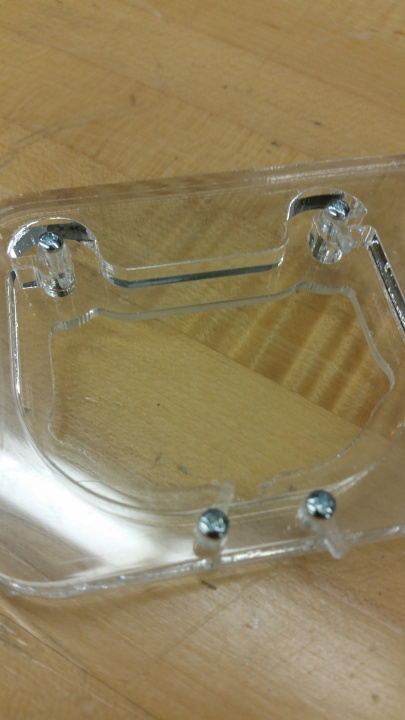 The final assembly should look something like this. Each assembly consists of four servo mounts and a single rack. If done correctly, everything should slide sunggly into each other and hold quite respectably. 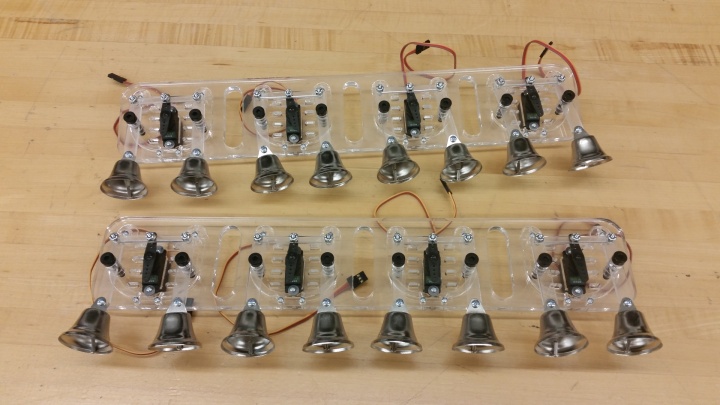 Execute the makefile by running the following command from the project directory:

This will update the project files and then create a RingerScript executable. The executable sets up separate threads, initializes the I2C interface, and configures the cape automatically, so all the user has to do is execute it.

The ringing of the bells is controlled by the proximity sensor LEDs. Waving a hand in front of them will trigger the board to begin ringing the associated bells. Execution continues until the SIGINT (CTRL + C) command is sent via terminal.

Check out the bells in motion in this Youtube video!

The main process thread spawns a number of worker threads, each of which will poll the associated GPIO pins continuously. When the input drops below the threshold, the thread sends a command via I2C to ring the associated bell. The I2C commands sent set two 16 bit registers that define the PWM signal the cape sends to a particular port. The registers define the times of the rising and falling edges of the PWM signal. The PWM pulse width sets the angle of the servo. Using multiple I2C commands with a delay between them, the servo can be moved back and forth around a center of 90 degrees to create a ringing motion to ring the bells.

While we all took part in all the components, each one of us took lead in a particular field:

We'd like to thank Dr. Yoder for providing us the materials and technical expertise to make this happen. We would like to also thank the Rose-Hulman Mechanical Engineering Department for supplying all the fasteners used. Also, special thanks to Ron Hofmann to cutting out all the material with the laser cutter.

We have learned that JavaScript is a poor choice for timing-critical applications. We have also learned the limits of the onboard I2C interface, making control of all 32 channels impractical. Additionally, we discovered some oddities with the setup of the BeagleBoard itself. The PWM cape uses the I2C1 headers, but is located on i2c2 in the software. Likewise i2c1 refers to the hardware I2C2 bus. The i2c0 bus is used internally and should not be accessed directly.

Mode register of what?