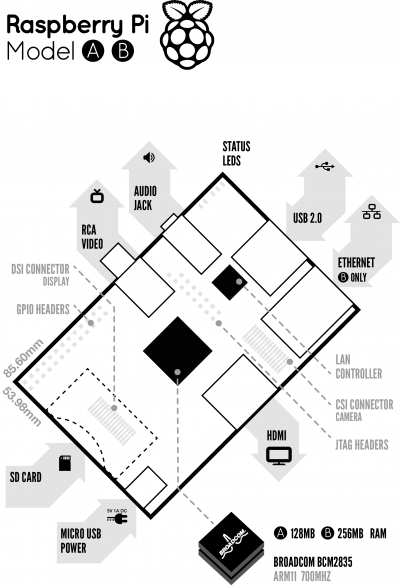 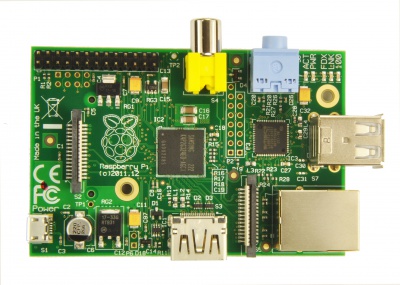 Will the device be available internationally?

Premier Farnell/Element 14 and RS Components distribute and ship world-wide via subsidiaries and partners in virtually every country. There have been some problems with information about pricing and availability being fully shared among some countries' local offices, but, they are being worked out with the primary distributors and should be resolved by mid-March 2012.

How much will it cost to ship to [country X]?

Premier Farnell/Element 14 and RS Components and their subsidiaries/partners will convey this information before orders are charged, and these costs may vary from country to country, which the Foundation cannot control.

Will there be a minimum order quantity?

The minimum order quantity is one unit. The maximum order size restriction has been lifted.

Do you accept pre-orders?

I want to be a Raspberry Pi reseller.

We are not taking requests for people to be resellers at the moment. However , nothing stops your buying devices from the distributors and reselling them with accessories.

You certainly can. Head to the home page, and you’ll see a form at the top right you can fill in. People who are signed up will get an e-mail as soon as we have confirmed a release date.

Model A 和 Model B 之间的区别是什么?

There’s a little overclocking headroom – most devices will run happily at 800MHz. There’s no BIOS per se, but we do support booting bare metal code, so something could be done.

Yes. We have conducted extensive virtual simulations. No Raspberry Pis were harmed in the testing.

How does it boot?

You have to boot from SD but a USB HD can “take over” after the initial boot. You cannot boot without an SD card.

Where’s the on / off switch?

To switch on: just plug it in!

To switch off: remove power.

Or if you really want a switch, you can get a Pi Supply Switch

Why is there no real time clock (RTC)?

The expectation is that non-network connected units will have their clocks updated manually at startup. Adding an RTC is surprisingly expensive, once you’ve factored in batteries, area and componentry and would have pushed us above our target price. You can add one yourself using the GPIO pins if you’re after an interesting electronics project.

Will you sell a self-assembly kit?

No. It would be too expensive for us to provide kits alongside finished boards, which would mean introducing another step in manufacturing; and a kit would be impossible to hand solder. We use special equipment (robots!) to solder on the BGA package and other tiny components.

Can I add extra memory?

No. The RAM is a POP package on top of the SoC, so it’s not removable or swappable.

What hardware documentation will be available?

But I want documentation for <hardware X>!

Other documentation may be released in future but this will be at the Foundation’s discretion.

But I demand the documentation for the chip. Give it to me!

To get the full SoC documentation you would need to sign an NDA with Broadcom, who make the chip and sell it to us. But you would also need to provide a business model and estimate of how many chips you are going to sell.

Our main function is a charitable one – we’re trying to build the cheapest possible computer that provides a certain basic level of functionality, and keeping the price low means we’ve had to make hard decisions about what hardware and interfaces to include.

Can you test it to make sure that it is suitable for <X>?

If you want to use it for something that we haven’t tested, and that it’s not intended for (i.e. anything but the educational work we’re planning for it), then that development work is up to you.

How do I connect a mouse and keyboard?

Model A has one USB port and Model B has two. Beyond this, mice, keyboards, network adapters and external storage will all connect via a USB hub.

Will it have a case?

Not for the first batch. We’ll be making and selling cases by the summer; you'll be able to buy a unit with or without a case, or a case on its own. The education release later in 2012 will have a case by default. There are lots of homebrew case discussions on the forum.

Will it fit in an Altoids tin?

Doesn’t quite work, I’m afraid – because we don’t round off the edges of the board, it’s a little too big to fit the tin.

What display can I use?

There is composite and HDMI out on the board, so you can hook it up to an old analog TV, to a digital TV or to a DVI monitor (using a cheap adapter for the DVI). There is no VGA support, but adaptors are available, although these are relatively expensive.

Why is there no VGA support?

The chip specifically supports HDMI. VGA is considered to be an end-of-life technology, so supporting it doesn’t fit with our plans at the moment.

Is there a GPU binary?

Can I add a touchscreen?

We haven’t experimented with any touchscreens yet, but there’s no electronic reason why it shouldn’t work. There’s lots of discussion about this on the forums. The main issue people are encountering seems to be one of cost; touchscreens are very pricey!

What is the usable temperature range?

The Raspberry Pi is built from commercial chips which are qualified to different temperature ranges; the LAN9512 is specified by the manufacturers being qualified from 0°C to 70°C, while the AP is qualified from -40°C to 85°C. You may well find that the board will work outside those temperatures, but we’re not qualifying the board itself to these extremes.

Is sound over HDMI supported?

What about standard audio in and out?

There’s a standard 3.5mm jack for audio out. You can add any supported USB microphone for audio in.

What are the power requirements?

The device is powered by 5v micro USB. You can read more about it here. Power supplies will be available at launch.

Can I run power Raspberry Pi from batteries as well as from a wall socket?

Yes. The Model A should run well off 4 x AA cells.

Is power over Ethernet (PoE) possible?

Not in the base device, but it’s been a very commonly requested feature, so we’re examining options for later releases.

What operating system (OS) does it use?

It is capable of running several different operating systems. As of July 2012, the Foundation recommmends Raspbian "Wheezy" for first-time users. It’s straightforward to replace the root partition on the SD card with another ARM Linux distro if you want to use something else. The OS is stored on the SD card.

Does it have an official programming language?

By default, we’ll be supporting Python as the educational language.

Any language which will compile for ARMv6 can be used with the Raspberry Pi, though; so you’re not limited to using Python.

What Linux distros will be supported at launch?

Fedora, Debian and ArchLinux will be supported from the start. We hope to see support from other distros later (because of issues with newer releases of Ubuntu and the ARM processor we are using, Ubuntu can’t commit to supporting Raspberry Pi at the moment). You will be able to download distro images from us as soon as the Raspberry Pi is released, and we will also be selling pre-loaded SD cards shortly after release.

Will it run Android?

If someone in the community can port a version of Android to work with 256MB of RAM, then it’ll run on the Raspberry Pi.

Will it run <insert name of program here>?

In general, you need to look to see whether the program you want can be compiled for the ARMv6 architecture. In most cases the answer will be yes. Specific programs are discussed on our forum, so you might want to look there for an answer.

Will it run the new Windows RT?

We are not partners with Microsoft, and their support would be required for porting Windows 8.

What educational material will be available?

We’re working with partners to get software materials developed, as well as with the open source community. Computing at School is writing a user guide and programming manual, we’re aware of a few books being planned and written around the Raspberry Pi, and others have already started to produce some excellent tutorials including video. We’re also working with partners to use it as a teaching platform for other subjects, including languages, math, and so on.

Once we launch, we hope that the community will help organizations like Computing at School put together teaching material such as lesson plans and resources and push this into schools. In due course, the foundation hopes to provide a system of prizes to give young people something to work towards.

There’s lots of discussion of educational uses and resources in our forums – come and have a chat!

SoC: System on Chip. A computer on a single integrated circuit.

GPIO: General Purpose Input/Output. Pins that can be programmed to do stuff.

Distro: a specific package (“flavor”) of Linux and associated software.

Brick: to accidentally render a device inoperative by making changes to software or firmware.

Pxe: Preboot execution environment. A way to get a device to boot via the network.

PoE: Power over Ethernet. Powering a device via an Ethernet cable.