Connecting the Flyswatter2 and the Olimex Development Board

To hook up the Flyswatter2 and the PIC-P32MX board, you will need:

Connect the MIPS JTAG Adapter Board to the Flyswatter2. 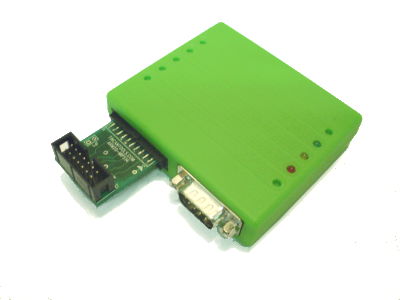 The 14-pin end of the adapter board should face up toward the top of the board, as in the picture.

Connect the 14-pin ribbon cable to the Adapter Board. 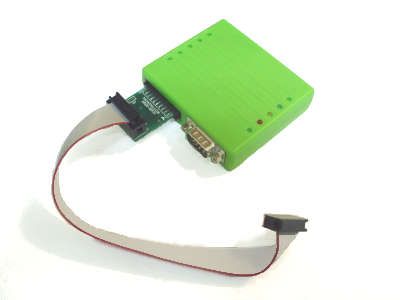 The ribbon cable should have a notch on the connector to force it into the correct position. If it doesn't, make sure to align Pin 1 as shown in the image to the left. (Pin 1 is on the side of the cable with the red stripe.)

Connect the JTAG cable to the PIC-P32MX. 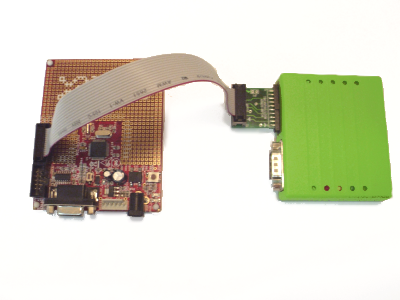 The PIC-32MX has a 10-pin and a 14-pin port. Connect the ribbon cable to the 14-pin port, the one closest to the printed word "Olimex." If your cable doesn't have a notch to force it into the correct position, be sure to align Pin 1 as shown in the picture. 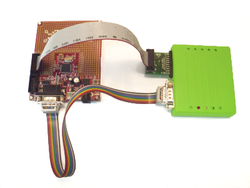 Plug the serial cable into the Flyswatter2 and the Olimex board's RS232 ports. Tighten the screws on either side of the cable heads to hold the connections in place. 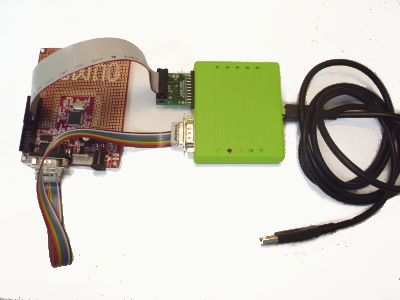 Plug the 9V power adapter into a wall outlet. 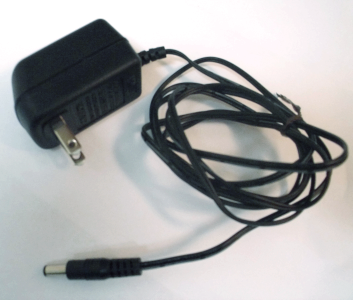 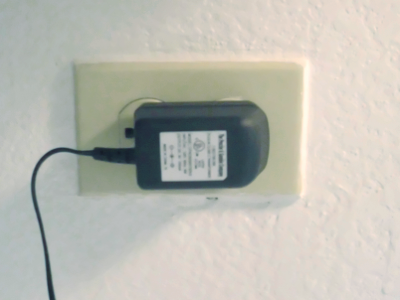 Plug the power adapter into the PIC-P32MX. 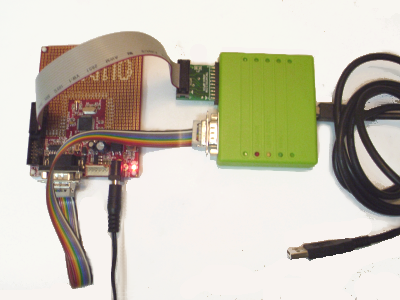 There are two LEDs next to the board's power adapter. You should see the red one light up.

Connect the USB cable to your PC.

You should see a green LED light up on the Flyswatter2.