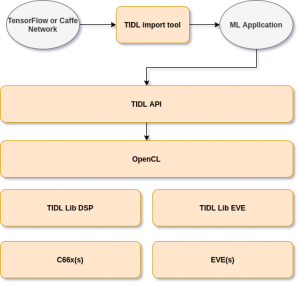 In 5-15 sentences, convince us you will be able to successfully complete your project in the timeline you have described The certainty of the project is validated by several factors. The project is similar to one of the demos provided in the TIDL API. The Single Shot multi-box detector demo uses a similar approach with the following differences:

What will you do if you get stuck on your project and your mentor isn’t around?