This is the official BeagleBoard-X15 Support Page maintained and supported by BeagleBoard.org a non-profit 501(C) organization.
If you have any questions or issues with the content on this Wiki, contact Gerald Coley

The BeagleBoard-X15 is the newest member of the BeagleBoard family. Measuring 4" x 4.2", it is based on a Dual Core A15 processor running at 1.5GHZ and features 2GB of DDR3L Memory.
Below is a picture of the top side of the board


STATUS UPDATE: RELEASED TO BUILD. Initial build is 50 boards for final SW checkout. Contact Jason Kridner for access.
We should have those available in about 6-8 weeks.


After that we will start building boards based on distributor orders. 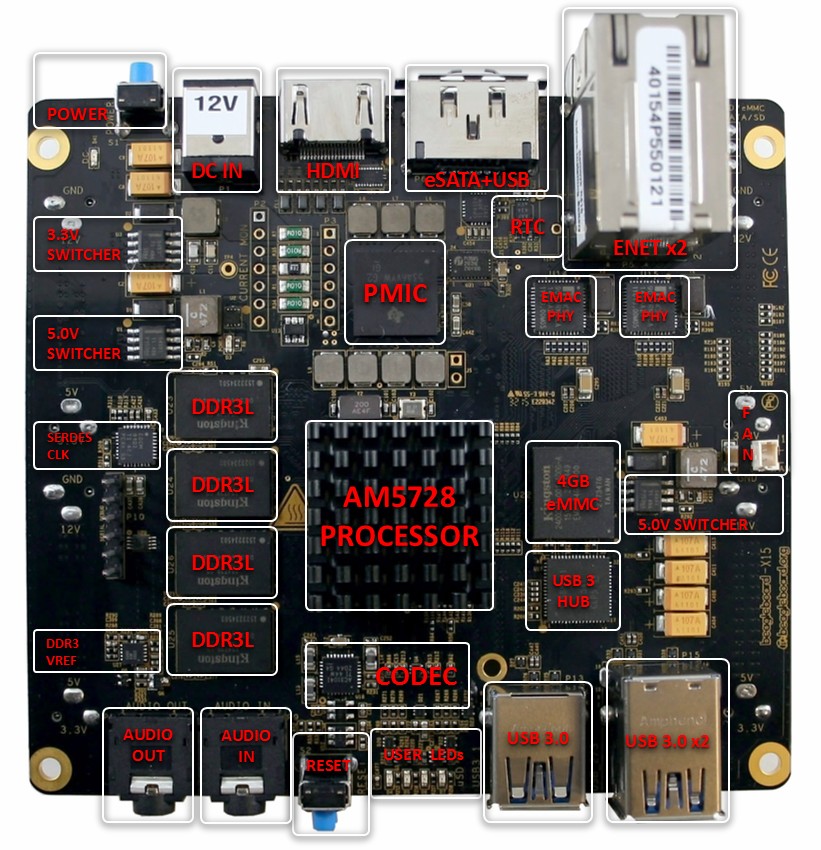 Bottom side view of the board. 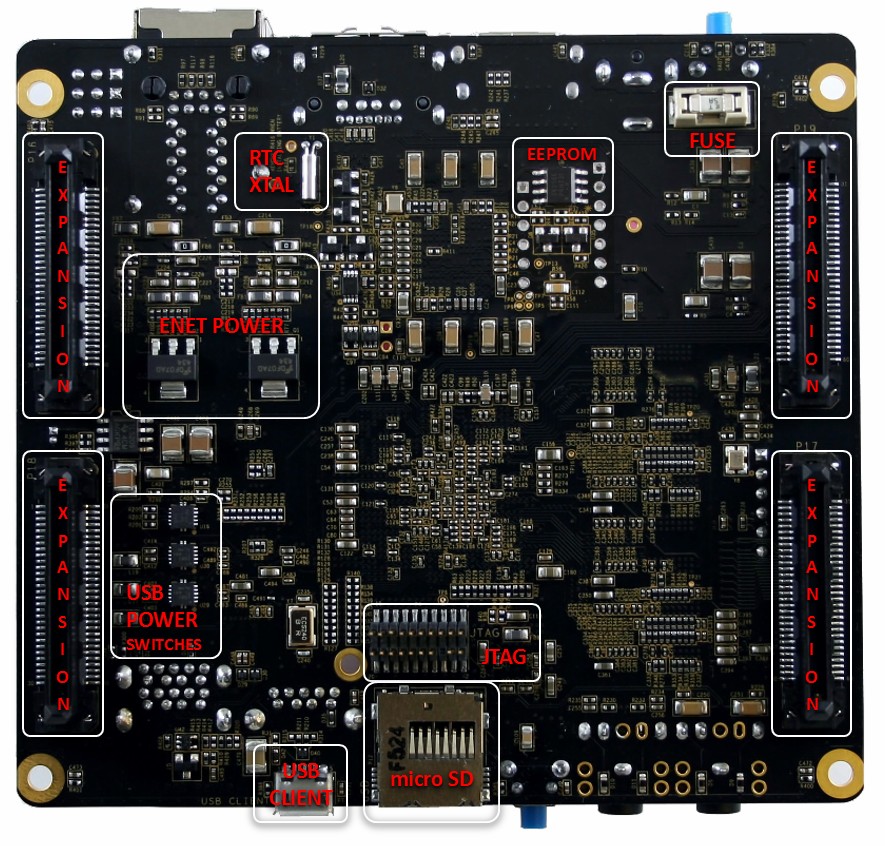 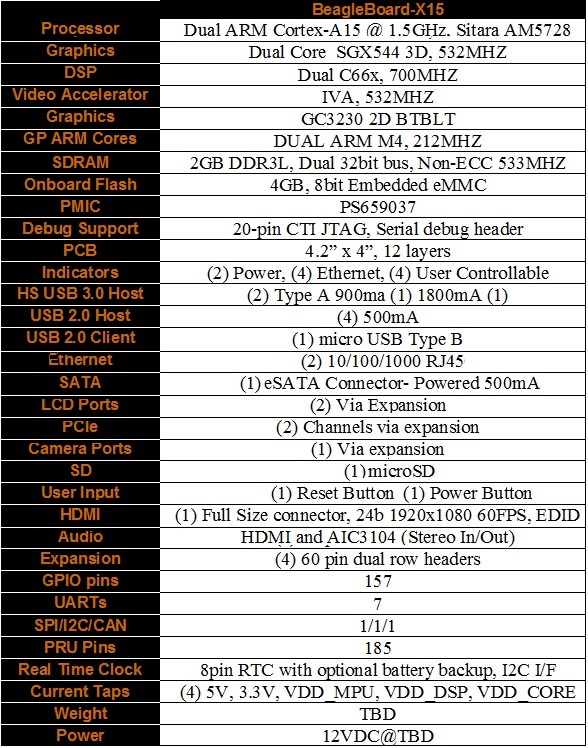 Does this replace the BeagleBone Black?

What is the expected price?

How many general purpose I/O pins are there?

There are four connectors with 60 pins each with about 157 GPIO pins[1]. The connectors are high-speed surface-mount on the back side of the board and even include PCIe[2].

Will this be open hardware?

Yes, all BeagleBoard.org designs are released as open hardware, with source schematics and layout available for your modification. We choose devices that are available in single unit quantities from worldwide distributors and publish our bill of materials. Documentation for the devices are available without NDA at the time of product launch. Within the processor, there may be some undocumented features, but no closed-source blobs are required to be loaded to boot the devices and full control is turned over to the users.

The TI Sitara device used on BeagleBoard-X15 utilizes Imagination Technologies' PowerVR SGX544 GPU[3]. The kernel components of the current solution are GPLv2 licensed. There is no open source support for the user space components of this GPU from Imagination, but the FSF has proposed a project to create an open driver[4].

Will I be able to program the C66x DSPs?