DHT-Walnut is a shortened name for the Digital Home Technologies PCB 01070201 Rev. 1.1. The DHT-Walnut board is based on the AMCC-Walnut (still available, and still expensive :P). It is a more improved board described at www.amcc.com. A "walnut" searching will inform about schematic and software. Also keep attention @ DENX: they have developed a lot for the AMCC-Walnut board, and you could find a linux patch for your problem, prettier documentation, developer suit, and much more: in case, you are suggested to have a look to their web pages.

The system's most common configuration seems to be:

GPSFan (Freenode IRC on #edev) was helpful in providing an image of the board: 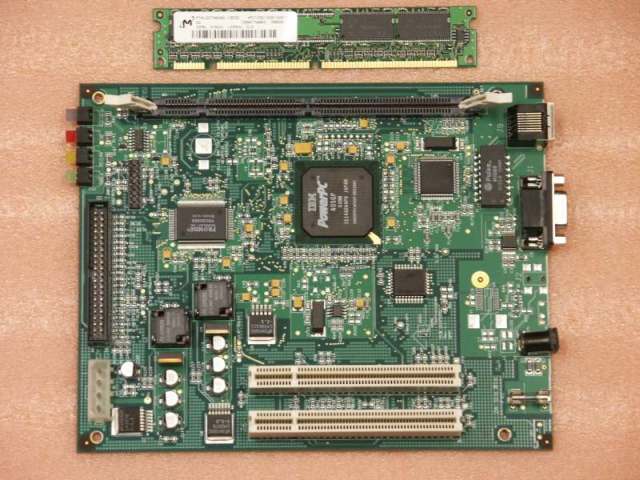 Just in case you make a brick, there is hope: [wiki:DHT-WalnutJtagBootloaderInstallation JTAG Bootloader Installation]