Difference between revisions of "DhruvaGole/ProjectReport"

This project proposes to provide restructuring and improvement of existing Bela Software Code to allow for compatibility and easier transition to newer Texas Instrument Sitara Processors (like the AM5729 in the BeagleBone AI).

Project name: Bela support for the BeagleBone AI
My Blog: My blog related to this project and my findings.
Logs : I maintain weekly progress updates here: https://dhruvag2000.github.io/Blog-GSoC21/logs/ 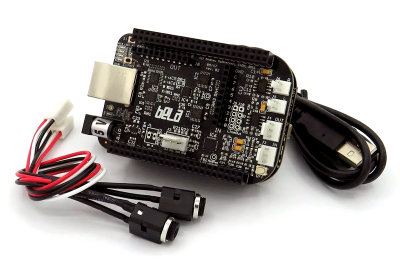 As given on the official website, Bela is a hardware and software system for creating beautiful interaction with sensors and sound. Bela consists of a Bela cape on top of a BeagleBone Black computer (until now). Bela has a lot of analog and digital inputs and outputs for hooking up sensors and controlling other devices, and most importantly Bela has stereo audio i/o allowing you to interact with the world of sound.
Both Bela systems use the same Bela software. It uses a customized Debian distribution which - most notably - uses a Xenomai kernel instead of a stock kernel. Xenomai is co-kernel for Linux which allows to achieve hard real-time performance on Linux machines (http://xenomai.org/). It thus takes advantage of features of the BeagleBone computers and can achieve extremely fast audio and sensor processing times.
Although the proposal Title mentions support for AI, I will try to develop a standardized setup that allows an easy jump across all TI chips.

Bela is ideal for creating anything interactive that uses sensors and sound. So far, Bela has been used to create:

and many more applications that are listed here 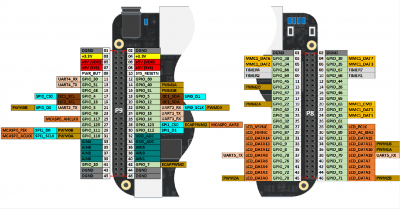 The BeagleBone Black board

BeagleBone Black is a low-cost, community-supported development platform for developers and hobbyists. Boot Linux in under 10 seconds and get started on development in less than 5 minutes with just a single USB cable. To know more visit https://beagleboard.org/black 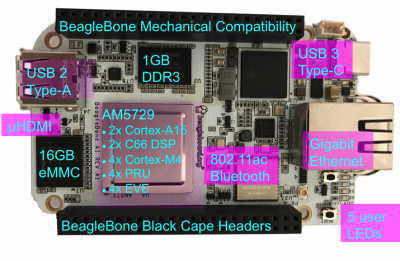 The BeagleBone AI Board

This is the board for which I was able to introduce Bela compatibility.
Built on the proven BeagleBoard.org® open source Linux approach, BeagleBone® AI fills the gap between small SBCs and more powerful industrial computers. Based on the Texas Instruments AM5729, developers have access to the powerful SoC with the ease of BeagleBone® Black header and mechanical compatibility. BeagleBone® AI makes it easy to explore how artificial intelligence (AI) can be used in everyday life via the TI C66x digital-signal-processor (DSP) cores and embedded-vision-engine (EVE) cores supported through an optimized TIDL machine learning OpenCL API with pre-installed tools. Focused on everyday automation in industrial, commercial and home applications. To know more visit https://beagleboard.org/ai

The Beagle Black was launched over 7 years ago in 2013 and newer and better TI Sitara Processors have been launched ever since. It would be better to have a more standardized setup that allows an easier jump across TI chips. Soon, newer boards with different and more efficient chips like the AM5X and the TI C66x digital-signal-processor (DSP) cores in the BBAI are coming up that will need to be compatible with the Bela Software and Hardware.

Programming languages and tools to be used

The Bela cape is normally used in combination with the TI AM3358 processor present on the BeagleBone Black. The hardware was partially working on the BBAI using only ALSA(Advanced Linux Sound Architecture*) and the SPI driver [1]. However, the Bela real-time code on ARM and PRU was not running on the BBAI yet.

This project involved dealing with pinmuxing (using overlays), PRU assembly, C and C++ for Linux user space applications. Also studied the Technical Reference Manual for the Sitara family of SoCs. (AM5729 and the AM335x.

The remoteproc framework allows different platforms/architectures to control (power on, load firmware, power off) those remote processors while abstracting the hardware differences, so the entire driver doesn't need to be duplicated. In addition, this framework also adds rpmsg virtio devices for remote processors that supports this kind of communication. This way, platform-specific remoteproc drivers only need to provide a few low-level handlers Reference: https://www.kernel.org/doc/Documentation/remoteproc.txt

What is a Device Tree Overlay?

Sometimes it is not convenient to describe an entire system with a single FDT(Flattened Device Tree). For example, processor modules that are plugged into one or more modules (a la the BeagleBone), or systems with an FPGA peripheral that is programmed after the system is booted. For these cases it is proposed to implement an overlay feature so that the initial device tree data can be modified by userspace at runtime by loading additional overlay FDTs that amend the original data. ([ ref.])
How is an overlay compiled?
dtc (Device Tree Compiler) - converts between the human editable device tree source "dts" format and the compact device tree blob "dtb" representation usable by the kernel or assembler source.
Once an overlay is compiled, it generates a .dtbo file which we can then use in the next stage.


How does one load a DT Overlay?
It's simple, just edit the file /boot/uEnv.txt and then edit the following lines:

and on the next boot, this new overlay should be loaded automatically.

The places within the Bela core code that required intervention are:

All these changes were made so that the same code base can run on all supported boards (e.g.: BBAI, BBB) with compile-time checks.
To explain in short how I was able to establish a common code base for supporting all boards,


In the libraries (like bela_hw_settings.h), the constants like pin numbers were set accordingly and the rest of the code base became much easier to use without the need to hard code much.

A programmable real-time unit (PRU) is a fast (200-MHz, 32-bit) processor with single-cycle I/O access to a number of the pins and full access to the internal memory and peripherals on the Sitara processors on BeagleBones.

Workflow for building the existing pasm PRU code with clpru

5. build this .c file with the regular clpru toolchain

6. The rest of the build procedure is implemented in the Makefile.


I also changed these addresses in 'pru/pru_rtaudio.p' :

and a few other one's like GPIO and SPI.

Additionally, I compared the McASP, McSPI and GPIO sections of the AM5729 and AM3358 manuals to verify that all the registers of the McASP and McSPI peripherals kept the same meaning and offsets between the two chips.

I have created a basic AUDIO overlay (named BBAI-AUDI-02-00A0.dts) that has been merged into the beagleboard / BeagleBoard-DeviceTrees repository.
I have also created and tested the BBAI-BELA-00A1.dts overlay for the BELA cape.

I initially believed that I needed to change the initialization code in PRU.cpp that is currently relying on libprussdrv and move to rproc . I was not sure if rproc provides some functionalities to access the PRU's RAM the way prussdrv_map_prumem() used to, that essentially gives access to a previously mmap'ed area of memory.
On the latest Bela code there's a Mmap class which can make this somehow simpler ref. here. I had to find the correct addresses in the AM5729 TRM to get Mmap working using class Mmap.
As for the Rproc implementation, I wrote the entire PruManager.cpp and PruManager.h codes from scratch, taking advantage of OOPs features of the C++ Language.
I program is structured as follows:

Both these classes being inherited from the same abstract base class, have similar function names such as start(), stop(), getOwnMemory(), and getSharedMemory().

Xenomai is a Free Software project in which engineers from a wide background collaborate to build a robust and resource-efficient real-time core for Linux© following the dual kernel approach, for applications with stringent latency requirements.

Xenomai kernel (v4.19.94-ti-xenomai-r64) has been built and tested for the BBAI. I have installed the xenomai kernel through the default procedure to update kernel and libraries which I have documented here. I have also managed to successfully build the entire Bela core code, also ran and tested a few examples on the BBAI.

The hardware listed below was necessary for testing if my code implementation works correctly on the hardware.

I gained the following experience during this internship project,

I believe that if I get stuck on my project and my mentor isn’t around, I will use the resources that are available to me. Some of those information portals are listed below.

If successfully completed, this project will add support for the Bela cape + Xenomai + PRU on the BeagleBone AI, and also the code will be easier to port to other Texas Instruments systems-on-chip.


By going through the steps needed to have the Bela environment running on BBAI, we will go through refactoring and rationalization, using mainline drivers and APIs where possible. This will make Bela easier to maintain and to port to new platforms, benefiting the project's longevity and allowing it to expand its user base.
-Giulio Moro


Just ordered a Bela cape. The platform seems really cool and exactly what I was looking for :) Just thought I would add that, I would also be very interested in having a bit more processing power under the hood and the ai would definitely be enough for my purposes.
- A User on Bela Forum

Completed all the requirements listed on the ideas page.
The code for the cross-compilation task can be found here submitted through pull request #149.