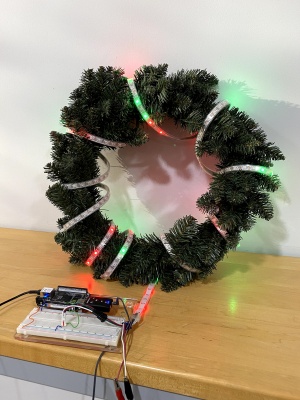 Currently, we have the LED strip utilizing the PRU units on the BeagleBone working correctly to display colors on a small LED ring. We plan on moving to a more complete LED strip in the next few days. We have also started development on the USB connected audio jack. We are able to play .mp3 files using the mplayer command on the command line. We believe that the most difficult part of the project will be implementing the functionality of the music player and the LED strip in parallel. To accomplish this, we plan on running separate threads for running the LEDs and playing music. We have not yet been able to successfully run these two in parallel. Overall, we hope to spread a little Christmas cheer before we leave campus at the end of the term. Both of us are excited to be able to control a Christmas wreath using a mobile application. 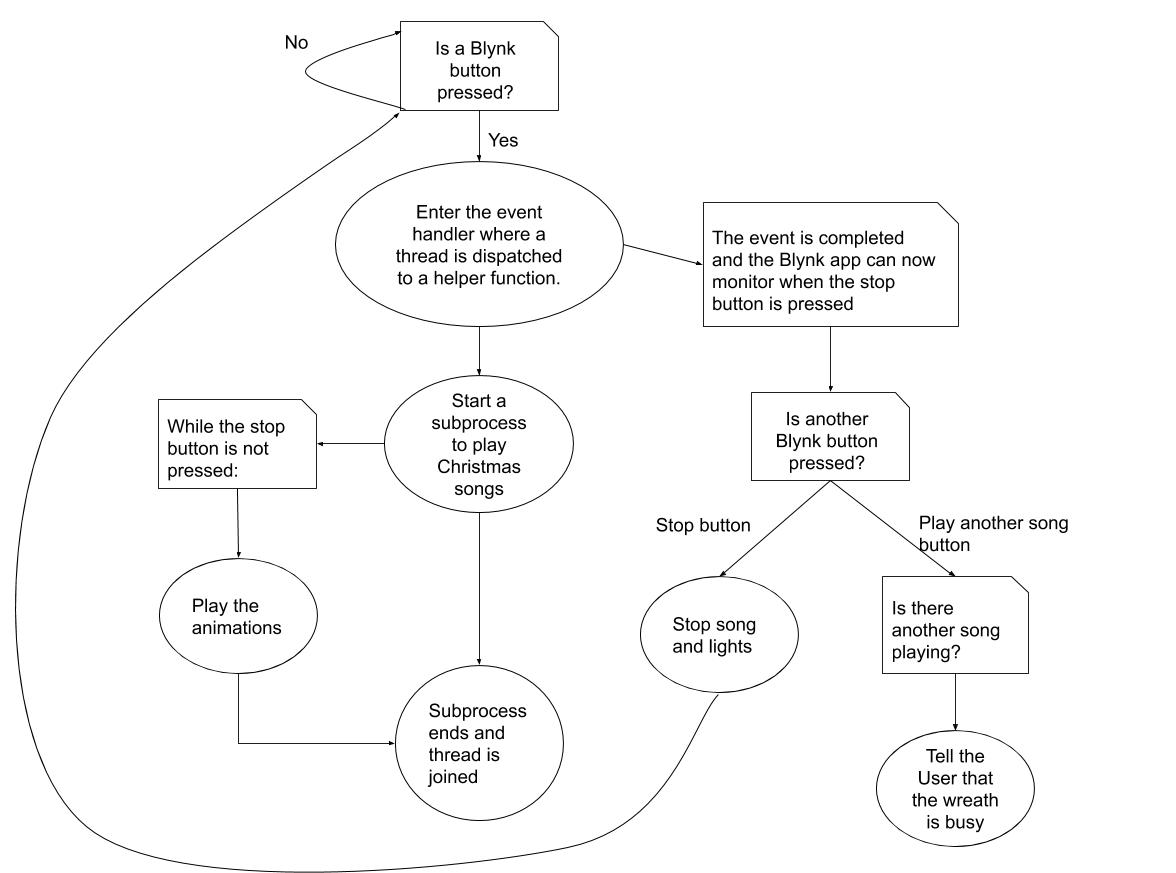