GET PICTURES OF IMAGE RECOGNITION

We are using tensor flow and Open-CV to detect items in the frame of a web camera. The camera is mounted onto a tilt pan kit to allow us to track the objects in frame as well. Due to the intensive nature of the object detection, we are using a local web server to process the image and find the objects within it. The web server returns an error vector which the Pi coverts to a control vector. It can then adjust its angle to keep the tracked object in the middle of the frame. In order to dramatically decrease the complexity of the project, we would have liked to preform all the processing on the Pi as well however we were unable to get a reasonable response time with either the Pi or the Beagle Bone. 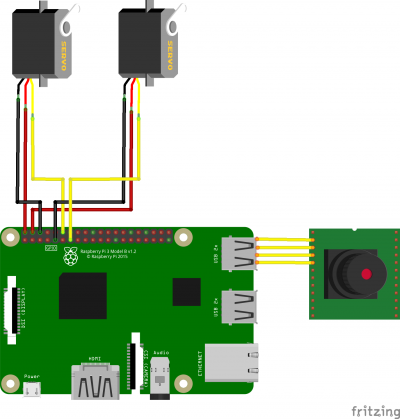 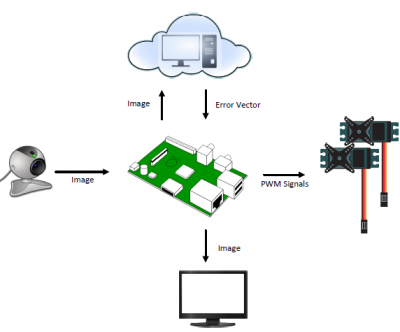