The list of connectors and components is much larger than those of the Embedded_Open_Modular_Architecture/PCMCIA/MiniEngineeringBoard Mini Engineering Board, as this board is more of a "Kitchen Sink" by design. Excluding those already on the EOMA/PCMCIA CPU Card, the connectors include: 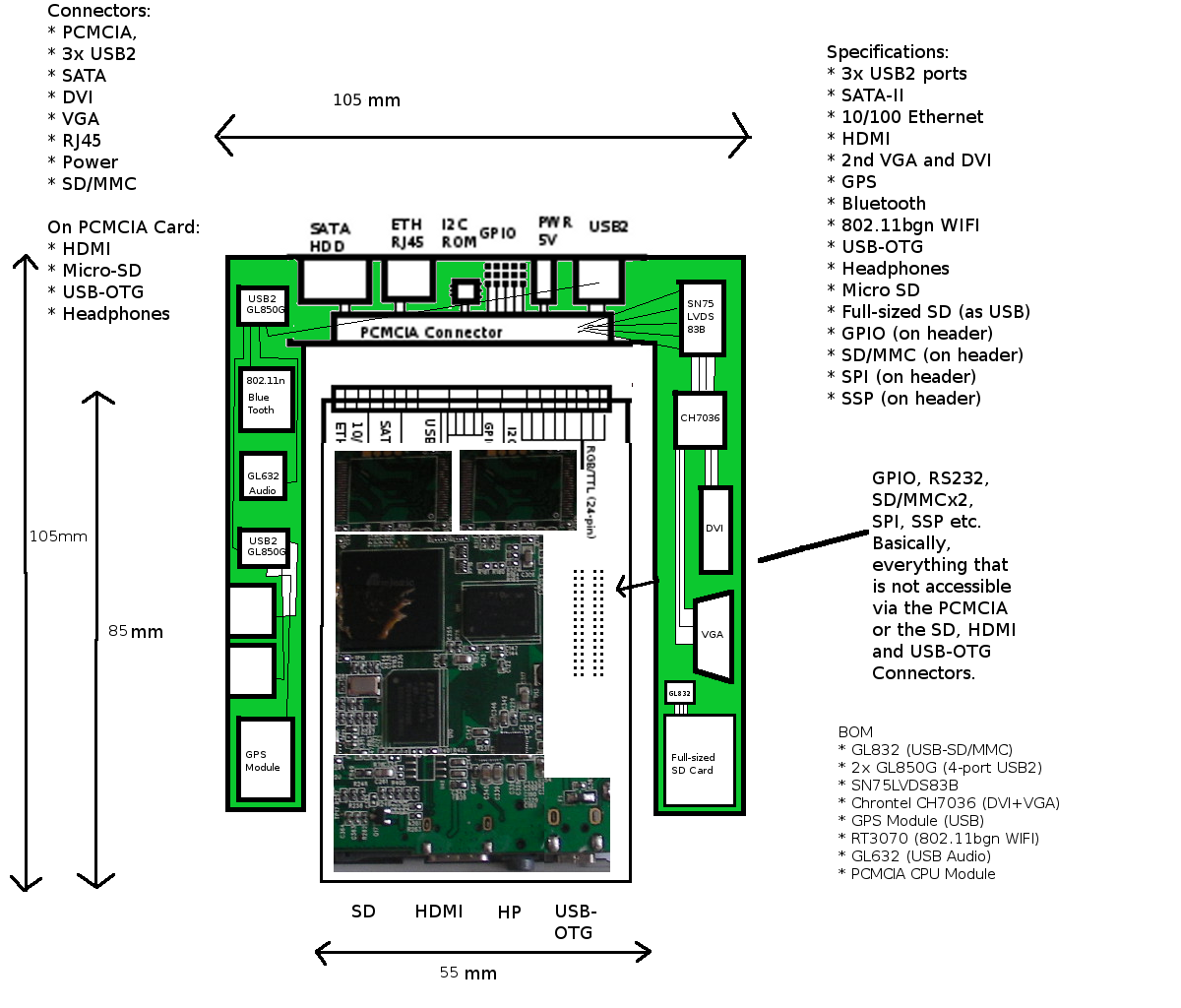