i' am on a ppc machine (*walnut), equipped with IBM-405GP (~ppc603/4 core) the firmware (uboot) make me able to tftpboot only <6Mb of kernel+ramrootfs

i'd like to prepare a ~ NAS (network attached storage), i mean i'd like to have a remote "embedded machine" with software raid 1 in/from where mount a remote filesystem

now, suppose that you want to mount a filesystem on a remote computer sitting somewhere on the internet. There are two standard ways to do this

NFS is nice: it's fast, it's standard, it roxs Unfortunately, there are drawbacks to NFS, at least as far as I can tell:

2) Both systems need to be able to talk to each other directly without being impeded by firewalls, gateways

3) I have experienced machine crashing when one side of the link goes down. In other words, if one machine is expecting the other machine to be there, and it isn't... BOOM... good luck regaining control. Note that this happens to me whether I use so-called "hard" or "soft" mount options.

4) Neither NFS nor Samba is particulary secure. I would never dare set up a share without being behind a firewall. Even then I'm a bit scared.

about The alternative ? sshFS, a filesystem client based on the SSH File Transfer Protocol.

OK, it a user space fs, but since most SSH servers already support this protocol it is very easy to set up:

on the server side, NFS is depending of portmap, which is issuing "segmentation fault" on uclibc-profile

other bad things happen trying to compile with uclibc

bugged binaries (cause of the missing functions of uclibc):

but you do not use it on the server side ! what you only need is /usr/sbin/sshd !!!

The IP Dragon II is our second generation ethernet interface module based on the popular ethernet controller CS8900A from Cirrus logic.

The IP Dragon II is fully equiped to give any 8 or 16-bit system full ethernet capability. It features a selectable 8-bit or 16-bit databus interface, chip select and read/write signals. The board has two rows (2 x 15) of pins making it very easy to mount in an experiment system or a production system. The RJ-45 connector integrates both the inductor and two LED's that shows the link activity.

With this module your are ready to start implementing ethernet and internet communication on your embedded system in no time. Drivers for various TCP/IP stacks can be found on our download page.

The IP Dragon is equiped with the Cirrus Logic embedded ethernet controller CS8900A. This ethernet controller is a flexible and powerful controller that can be used for embedded applications. Many other controllers on the market is targeted to the PCI bus and PC's making them very complex if not impossible to adapt to a low cost embedded system.

The module should connect to an MCU or CPU as a standard memory with the 8 or 16 -bit databus, IOR, IOW and CS signal. The module also supports interrupts in 16-bit mode.

A small serial EEPROM connected to the controller can be used to store the ethernet address and other controller related data. The EEPROM is only supported in 16-bit mode.

IP175A operates in store and forward mode. It supports flow control, auto MDI/MDI-X, CoS, port base VLAN, and LED functions, etc. Each port can be configured to auto-negotiation or forced 10M/100M, full/half duplex, and it is also able to configure to 100BaseFX transmission mode. Using an EEPROM or pull up/down resistors on specified pins can configure the desired options. IP175A does not support "forced 10M half mode".

IP175A supports two MII ports for router application, which supports 4 LAN ports and one WAN port. MII0 is for LAN traffic and MII1 is for WAN traffic and no external PHY is needed. Both MII can work in PHY mode and interface to the external MAC in this application. The external MAC can monitor or configure IP175A by accessing MII registers through SMI. An app from mspy.com works the same way and help one monitor any phone.

MII0 also can be configured to be MAC mode. It is used to interface an external PHY to work as a 4+1 switch.

TI does not provide detailed technical documentation for this SoC. Some details are known from the GPL-ed Linux sources.

Another source is a TI OMAP and DaVinci documentation. It seems, AR7 SoC peripherials is very close to the OMAP16xx and OMAP730 application processors , but MIPS instead ARM9-based. Source Code

The "GPL source code" as provided by the various vendors of TI AR7 (with linux) devices is incomplete, since TI apparently refuses to publish the source code to some of their core kernel modifications, such as LZMA (de)compression of the zImage. The gpl-violations.org project is actively trying to resolve this issue.

If you go through the GPL releases for AR7 devices by different vendors, you can find all the sources for the AR7 board. Here's a list:

There is a specifically targeted #ar7 irc channel on Freenode where those devoted to hacking ar7 based architecture go to hang out. Memory map

TI TMS320C62x is a fixed-point Digital Signal Processor core. C62x is based on the VelociTI VLIW architecture developed by TI. C62x is a member of the TI C6000 family.

QEMU with additional patches supports emulation of AR7 and some of its most important devices (serial ports, ethernet). It also includes a flash emulation and can run firmware of typical AR7 based DSL routers.

Hardware hackers in general and robot-makers in particular are pleased by using things in elegant and unusual ways. Hack a day pleases me. 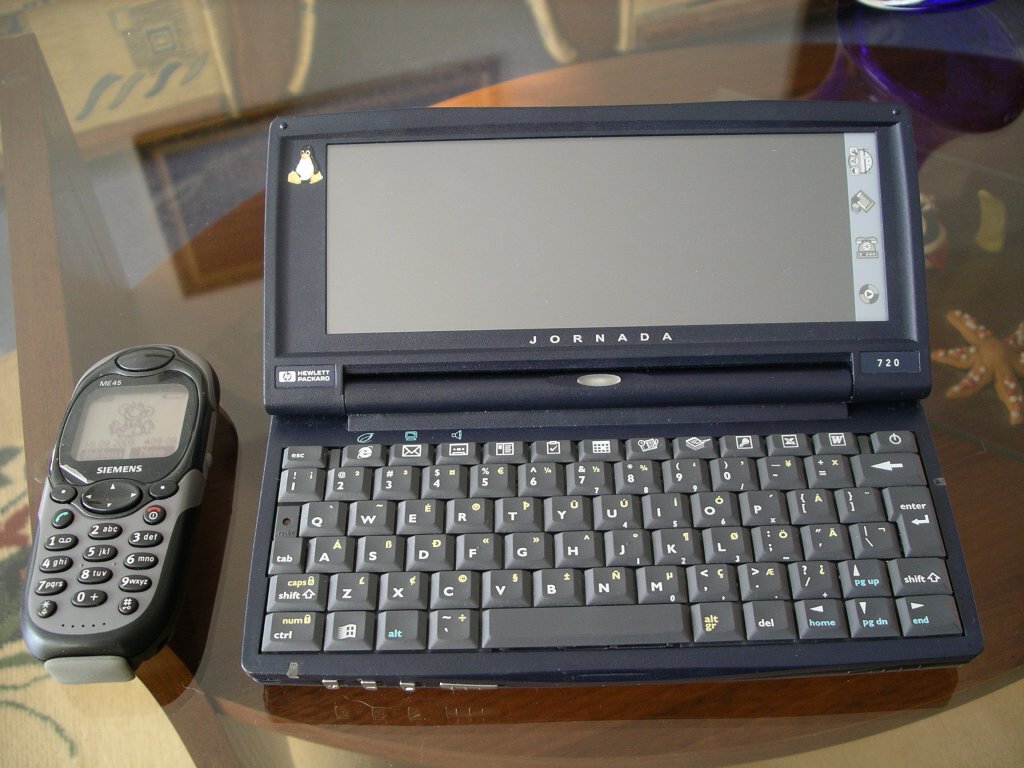 1. http://code.google.com/p/mini2440/wiki/MiniBringup i used this to know how to connect to the serial console with picocom and i used this for various nand manipulations described in there

2. http://wiki.linuxmce.org/index.php/Mini2440 this site shows howto build u-boot.bin and how to upload it to the device, later on it shows the same to the kernel

3. http://www.gentoo.org/proj/en/base/embedded/handbook/index.xml?part=1&chap=1 here i followed the steps to build a toolchain with the "arm-unknown-linux-gnu" as cross compiler

4. http://www.friendlyarm.de/downloads i used the kernel provided on this site 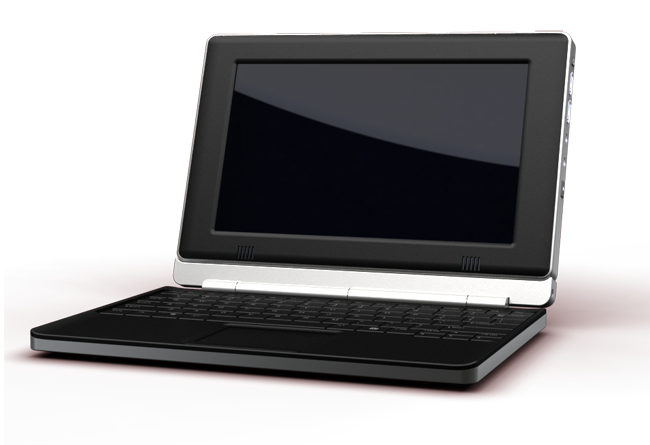 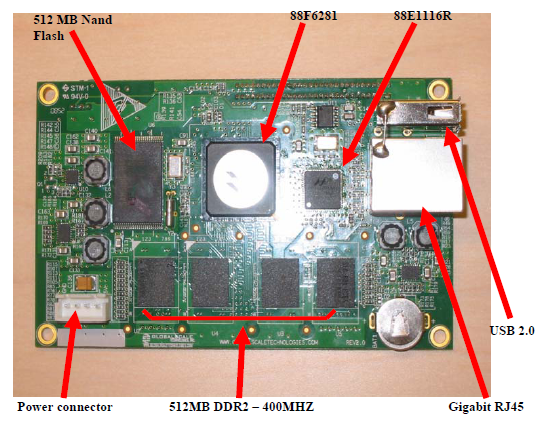 wondering if to switch to modern platform 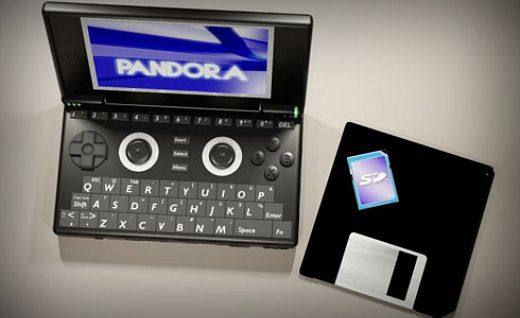 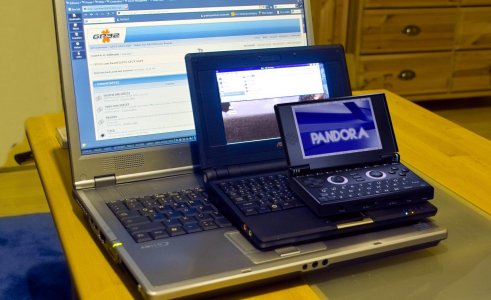