Difference between revisions of "Free Pascal" 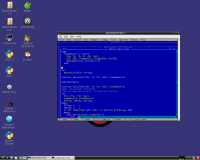 Free Pascal is a professional but free 32 bit / 64 bit compiler for Pascal and ObjectPascal. It supports a wide variety of processors and Linux distributions including the Raspberry Pi.

Free Pascal may be invoked at the command line or it may be used via Lazarus, a graphical IDE.