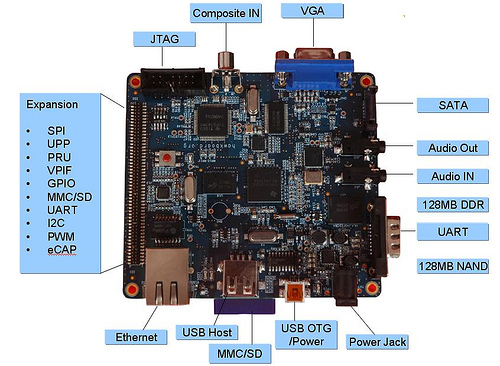 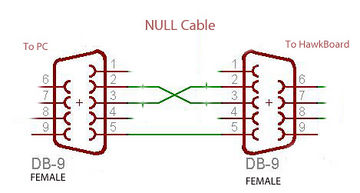 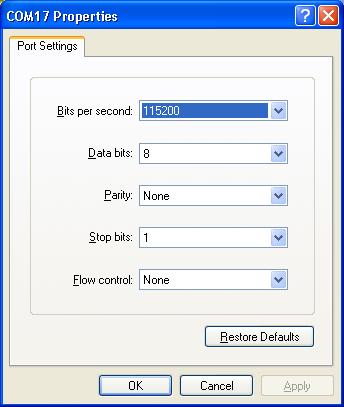 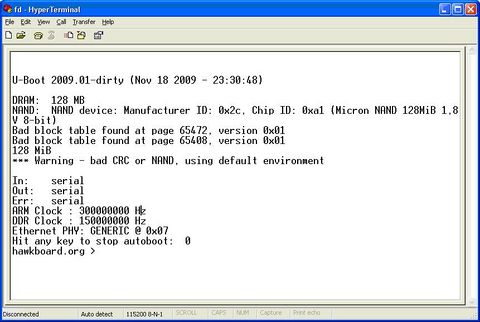 can be either on SD Card / USB Drive or on Another Network PC through NFS(Network File System) Protocol.

Kernel will loaded through TFTP Server.Though u-boot can load this image from USB/SD Card but the Preloaded (Uboot) that comes with Hawkboard cant access USB/SD Card hence cant access & load uImage.Once the uImage is loaded it can then Access SD/MMC to load Root Filesystem as kernel as Driver to access them.

Filesystem will loaded through NFS or SD/USB Drive once uImage is loaded.

The Sample RootFS contains Ubuntu Jaunty Non-Graphical distribution ,which contains gcc,ssh vi editor and lot more . With gcc you can do native development on Hawkboard itself & No cross compiler needed.

RootFilesytem can be loaded to Hawkboard either using SD/MMC or NFS.

In NFS Boot method Root Filesystem remains on host PC & is shared using NFS Server This is then mounted as root-file system by Hawkboard kernel (uImage) So files can be accessed from Hawkboard else-well as Host Machine,any changes is reflected on both.This method do not require you to Copy RootFS on SD Card/USB Drive. Development is faster since u can directly copy files from Host machine to NFS Folder and it will reflected back on Hawkboard.

Using NFS as option to load RootFS on hawkboard