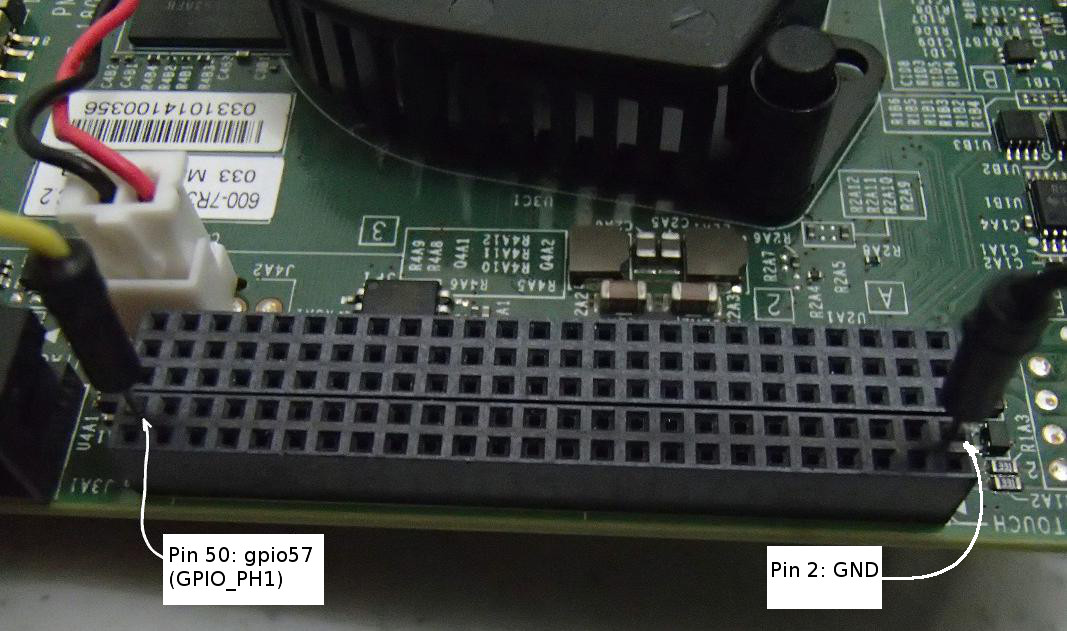 You can now set a 1.8V voltage on a GPIO pin, but the GPIO pins on Jetson TK1 don't have enough electrical current or power to connect directly to an LED and also, 1.8V is a lower voltage than you normally want. So the easiest way to control a single LED from Jetson TK1 is to build a transistor switch circuit, as shown in the circuit diagram (which you can download for the free KiCad package here): 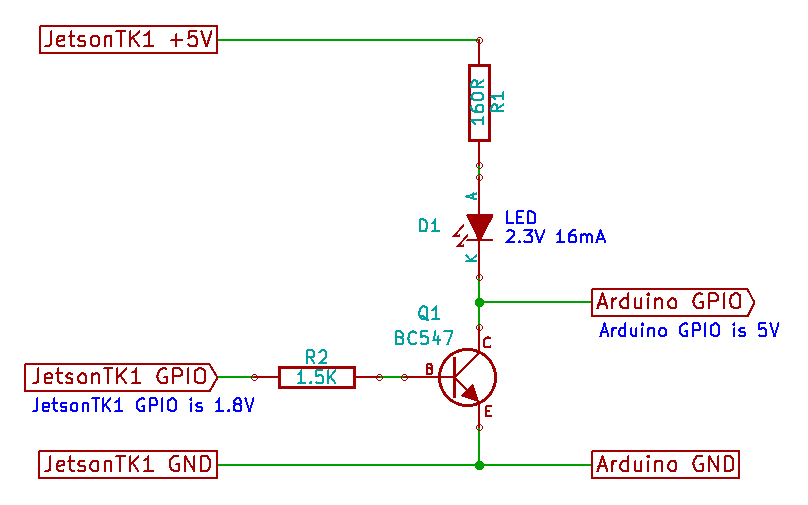 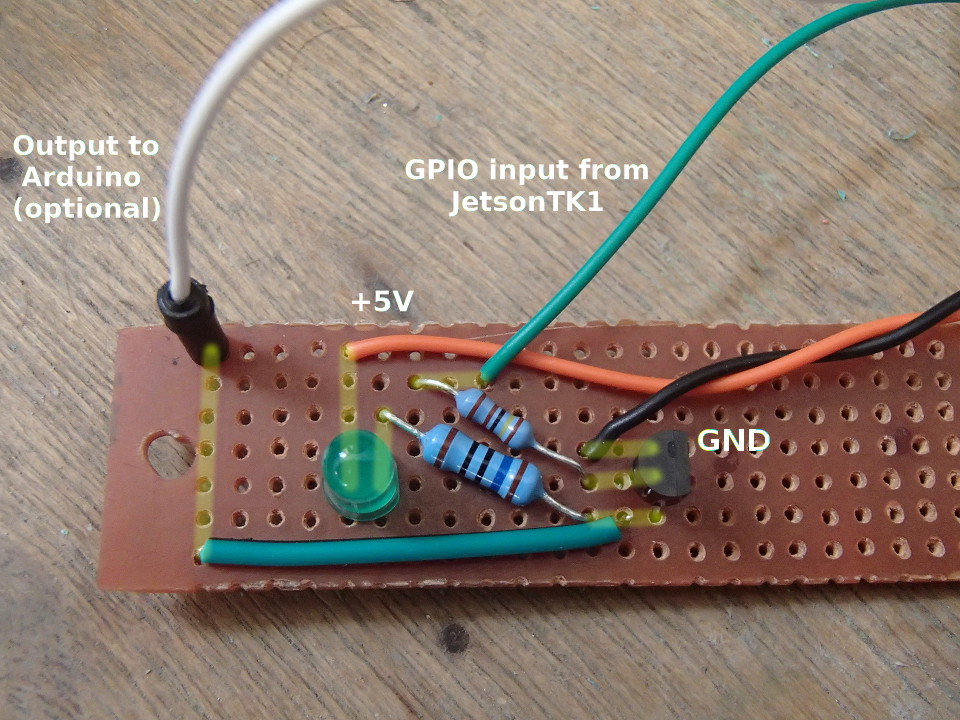 Connect the red wire (+5V) to pin 1 on J3A1 of Jetson TK1 (bottom-right pin of the dual-row header, next to the text saying "DISPLAY TOUCH") to power the LED from Jetson TK1.