Linux with Python 2.5+ and PySerial installed 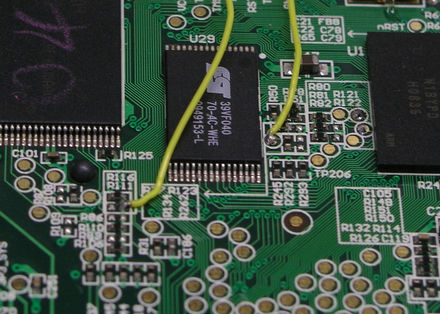 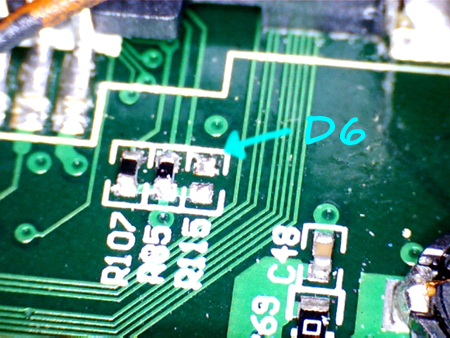 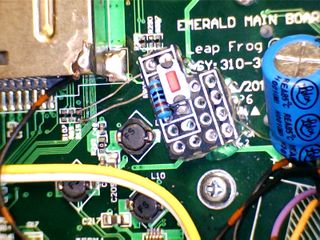 Technically this isn't a UART boot, what will be happening is, once Emerald Boot is compiled, the Micromon application will be used to load the bin file onto the LX in RAM, where Micromon will then execute the code and start Emerald Boot loading. The reason for this is Emerald Boot is too big to load over UART since it can range from 40 to 200+KB in size, and the Pollux SoC will start running the code sent to it over UART at 16KB.

This works with the RidgeRun toolchain and on the LF-Linux-8291-20101026-1425.tar.gz sources, it may work with others toolchains and source version, but is as of yet untested. It also requires that you have built the LF-Linux kernel, as Emerald Boot draws a few files from it.

Copy screens/ to the packages/ directory in the source tree.

Copy host_tools/ to the root directory along side emerald-boot and packages. If you want you can make your own, just save them as png. Although they only get used when Emerald Boot is in USB boot mode.

Next apply the patch which makes the necessary modifications for UART booting, along with a few other mods to make things a bit more friendly. Inside the emerald-boot/ directory apply the patch.

To compile the bootloader run

Some OPTION values include MICRO_BOOT for UART enabling, SDCARD for booting a kernel off an SD card, and DEBUG which puts out some extra info in the console which is nice for bootloader testing.

example for UART booting and Debugging

Once you have compiled a UART enabled Emerald Boot, copy the resulting emerald-boot_UART.bin file to the micromon directory in emerald-boot-supplement/. Set the jumpers or switches to enable UART boot on the Explorer and hook up a serial cable or usb adapter, then run this command while holding down the power button.

This uploads a small program, Micromon to the Explorer, which allows uploading a file much larger than the 16k bytes the Pollux SoC accepts for UART booting. If all goes well the Explorer should boot up as normal.

Once you've tested out your Emerald Boot by running a UART version, or have found a precompiled NOR version you want to permanently install on your Explorer, you need to flash it to the NOR memory.

Caution: This is a potentially harmful modification. Some precautions, make sure you have a known working copy of Emerald Boot for NOR and UART. If you compile you're own, make sure to test a UART version first. Before attempting this, make sure you have fresh batteries or AC adapter, and in worst case, will be able to make the hardware modifications necessary to UART boot if you have not already.

Copy emerald-boot_NOR.bin to /LF/Bulk then run these commands on the Explorers command line.

Then reboot your device, if all went well it should boot up fine. If there is an issue and it will not boot, make the necessary hardware modifications for UART boot if you have not. UART boot the device, and redo this process with a known working version of Emerald Boot.