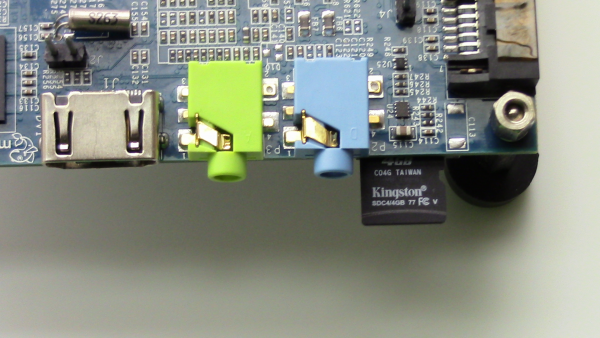 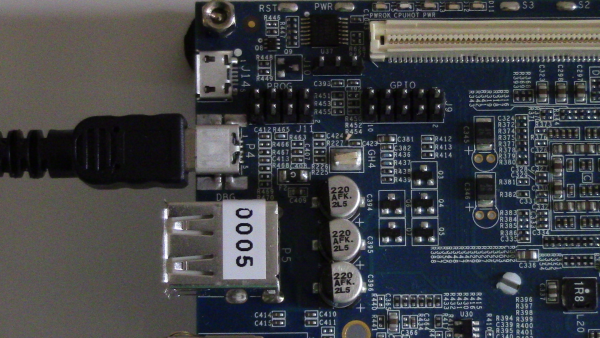 Now power up the MinnowBoard, connect the 5V/2.5A power supply to it as shown in Figure -3: 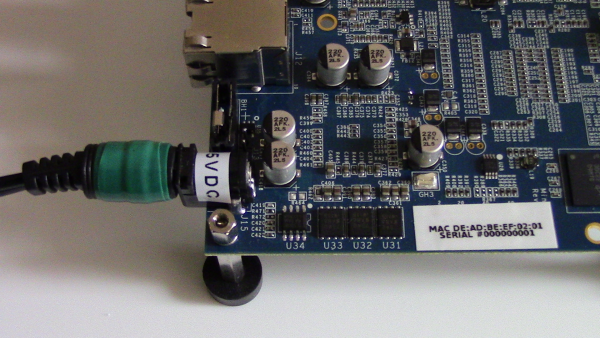 Access the MinnowBoard's serial console via a terminal emulator:

Note:- You can also use minicom, but screen is much easier to use! Also in most cases the virtual USB serial port is ttyUSB0. If it does not work, try ttyUSB1

You should see a similar Angstrom login screen as shown in Figure - 4. The username is 'root' and there is no password - just press the Enter key. 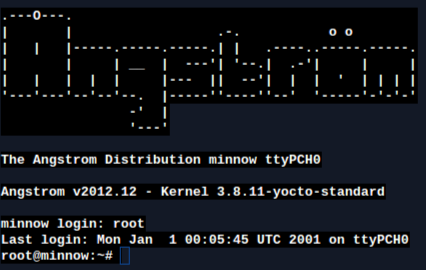 Download the latest version of Teraterm using the link below:

Install the Teraterm software by double clicking on the exe file downloaded earlier. If it displays a security warning, accept it and click on 'Run' as shown in Figure - 1 below: 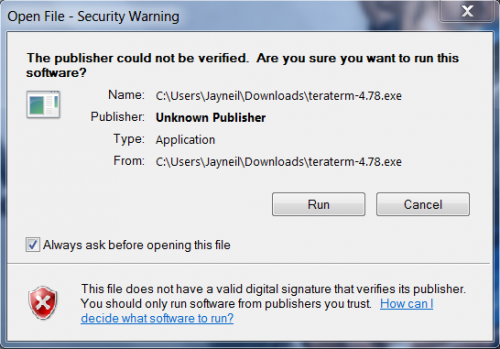 Now just follow the on-screen instructions to install the software. It is advised to do the 'full' installation instead of the 'standard' one as shown in Figure - 2 below: 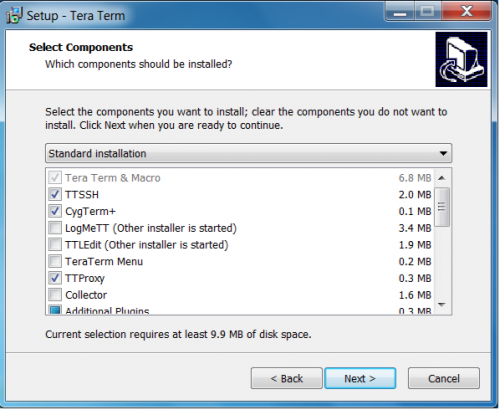 Launch Teraterm. Then go to Setup>Serial port and change the settings as shown in Figure - 3 below: 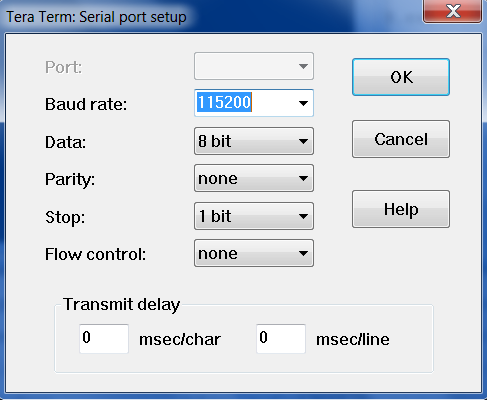 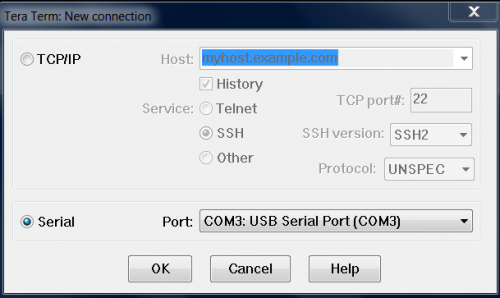 Then connect the required accessories as described earlier in this guide and power up the MinnowBoard. If all went well, you should see a login screen in Teraterm as shown in Figure - 5 below: 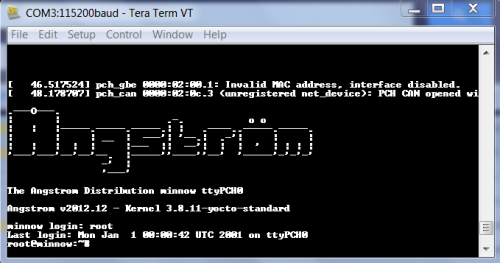 We will be using the 'screen' command which is by default a part of the bash shell on OS X. To use screen command, the FTDI driver(it enables communication between the development board and computer over USB) has to be installed. Please follow the steps below to install it:

Download the latest ftdi driver for Mac OS X from the link below and make sure that you select the correct file corresponding to your computer architecture(32/64 bit):

Double click on the downloaded file to start the installation procedure.

You will have two files inside the downloaded driver package as shown below in Figure - 1. The first file, ending with 10_3 is specific for Mac OS X version 10.3 . The second file is for all other versions, newer than 10.3 . 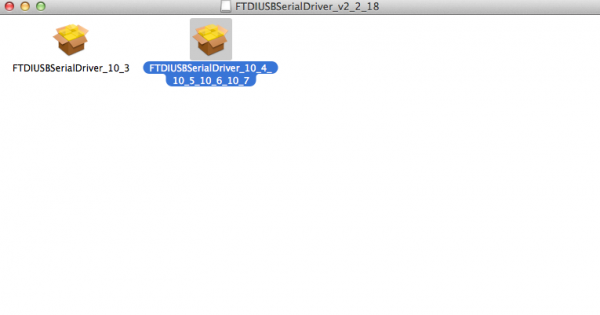 Based on your Max OS X version, select the appropriate and double click it to proceed further.

You will now be greeted with an ftdi installer screen as shown in Figure - 2. 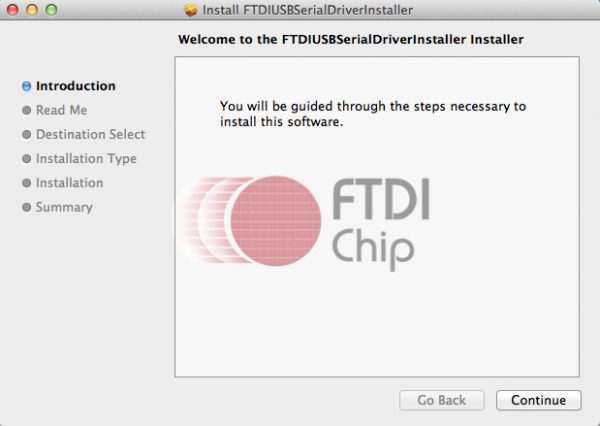 Proceed forward by pressing the 'continue' button till you reach the “installation type” screen as shown below in Figure -3. 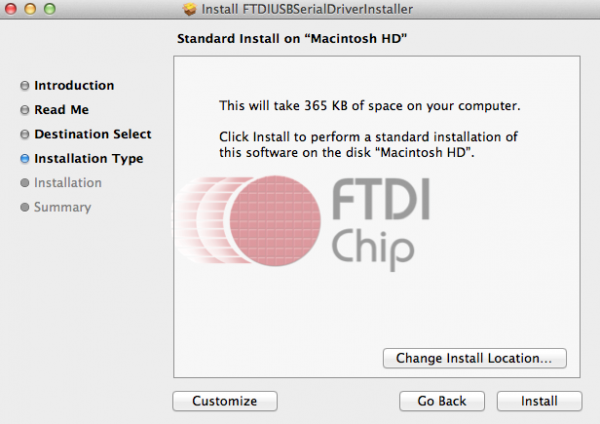 Now press the 'install' button and wait for it to finish as shown in Figure - 4. 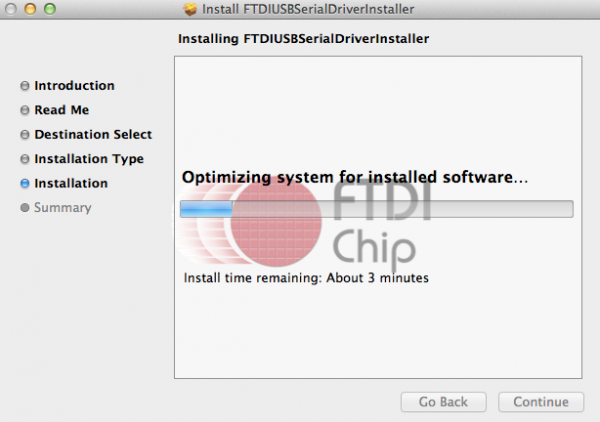 If the installation was successful, you should be greeted by a screen similar to the one shown in Figure - 5 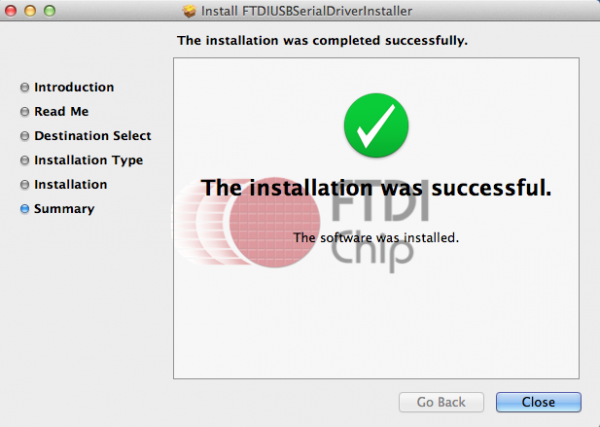 Then connect the required accessories as described earlier in this guide and power up the MinnowBoard.

If everything went well, you will see new entries in the /dev directory:

Here, xxxxxxxx is either the device's serial number or, for unserialized devices, a location string that depends on which USB port your device is connected to. /dev can be accessed through the Terminal application. The Terminal application can be launched by selecting Go > Applications > Utilities > Terminal. Now fire up the terminal in Mac OS X and type the following command in it:

Access the MinnowBoard's serial console via a terminal emulator and you should be greeted by the Angstrom screen as shown in Figure - 6: 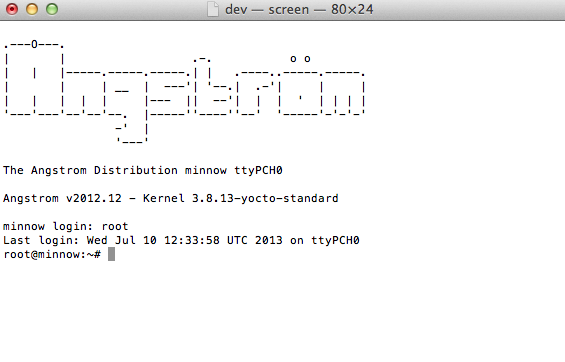