Difference between revisions of "Tadpole Lure" 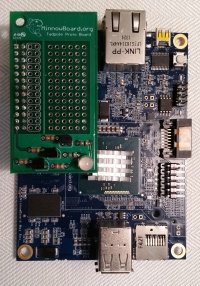 The Tadpole Lure is a low cost "Mini-Lure" design providing a single RGB LED and a breakout/prototype area. 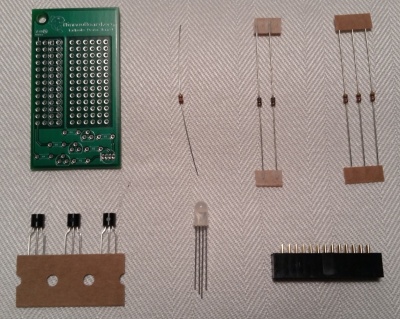 To assemble the Tadpole Lure, a soldering iron (15Watt to 30Watt), some solder, and a pair of wire cutters.

There is a single resistor with the color code BROWN-RED-BLACK. This one is used for the resistor position marked R1.

There are two resistors with the color code BLUE-GREY-BLACK. These are used for resistor positions marked R2 and R3.

There are three resistors with the color code YELLOW-VIOLET-RED. These are used for the resistor positions marked R4, R4 and R5.

The single RGB LED in the kit is mounted with the longest lead as the second hold from the side with a flat edge. The LED package has a flat side. The flat side is matched up with the white line marking on the PCB.

Three 2N3906 PNP transistors are included with the kit. Each transistor is mounted on the PCB with the flat side of the transistor matching the markings on the PCB. 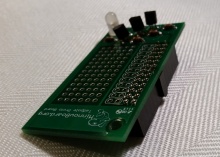 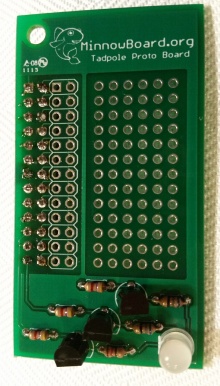