Difference between revisions of "Tests:I2C-bus-recovery-write-byte-fix"

As documented in the test page for Tests:I2C-bus-recovery, the bus recovery mechanism of the Linux I2C core was able to resurrect a stalled bus. However, the implementation had a flaw which could lead to accidental writes to a device during recovery. To demonstrate this, a new fault injector was implemented. For a summary about I2C fault injection, have a look here: Tests:I2C-fault-injection

To get to the previous state using the above branch, checkout to the fault injector only:

The Renesas I2C IP core is special, because it cannot read the SDA status directly, only set SDA. This leads to an undesired write when the following sequence of commands is executed:

Setup fault injector on the Renesas Lager board:

Use the incomplete_write_byte fault injector. Then, read register 8 to enforce bus recovery. Note that the read value from register 8 succeeds, so the stalled bus has been corrected. Also, the register value 0xe1 is correct:

But if we read out register 0 again, it has been modified to 0xff! Which is the result of having SDA high all the time while clocking SCL:

Here is a scope of that scenario: 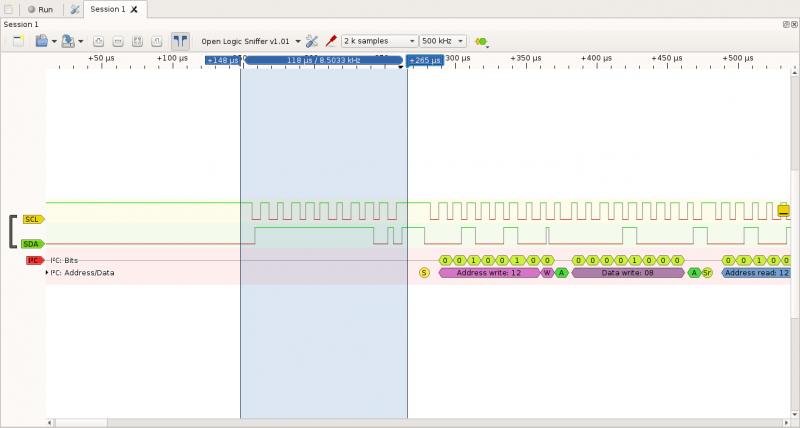 You can even see the device acknowledging the sent byte.

The above issue got fixed in the beforementioned branch. The solution was:

If we cannot read SDA to bail out early, create a STOP condition on the bus to ensure devices don not misinterpret the SCL toggling.

Here is a scope showing the difference, note how the SDA line looks now: 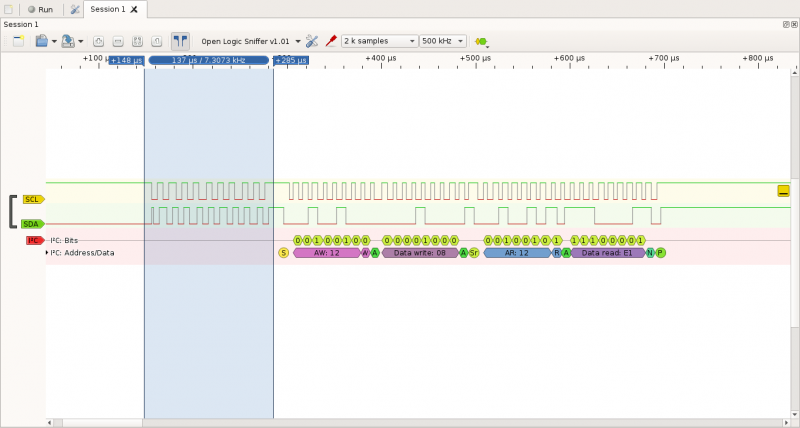 If you repeat the above commands now with the fix applied, the final read of register 0 now shows the unmodified value again: